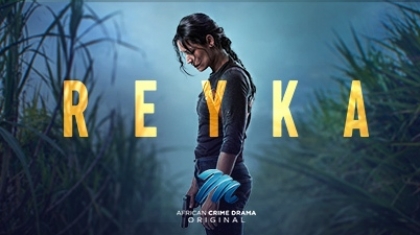 Haunted by her past, flawed but brilliant criminal profiler, Reyka Gama investigates a string of brutal murders committed by a serial killer in the sugar cane fields of KwaZulu-Natal.

The series will be distributed globally by Fremantle and has already received rave reviews when on Friday, 18 June Reyka opened the 60th Monte-Carlo Television Festival with its worldwide first episode screening in Monaco.

Kim Engelbrecht who more than 25 years ago landed her first feature film role at the age of 13 playing Sarah Gadalla Gubara in the 1994 movie Sarahsarà of course needs very little introduction to South African viewers and she is definitely no stranger to our regular Bruinou.com readers.

The last time we were this excited about one of her many great roles was in 2017 when she was cast as The Mechanic in Season 4 of The Flash and again when Kim Engelbrecht on a Visit Home to SA Revealed More About Her Role in The Flash.

Kim Engelbrecht, originally from Belhar on the Cape Flats, has in recent years taken Hollywood by storm and has established herself as an international actress, thus her playing in a South African series which has the international credentials of being a Fremantle co-production is a definite win, both for her and for our local television and film industry.

Reyka follows the path of Trackers which M-Net co-produced with HBO’s sister channel Cinemax and ZDF and which received great reviews in the US, Australia, France, and the UK.

Having an actor the calibre of Iain Glen on board definitely also strengthens Reyka's chances of international success.

WATCH: Kim Engelbrecht and Iain Glen star in Reyka
The stars of Reyka introduce us to the story behind M-Net's brand new African crime drama and the characters at its core: Reyka Gama and Angus Speelman.

Kim Engelbrecht’s ability to play an intense complex character holds the promise that Reyka will be riveting story.

Having been abducted as a child by a farmer named Speelman (Iain Glen), Reyka is traumatised by the experience but this also helps her enter the minds of Africa's most notorious criminals and turn them inside out. Manipulative and charming, his hold on Reyka, 20 years later, forms part of the backbone of the story, as does Reyka’s relationship with her mother Elsa, played by Anna-Mart van der Merwe (Binnelanders, Kanarie and Poppie Nongena).

WATCH: Kim Engelbrecht is Reyka
Kim Engelbrecht shares her experience bringing Reyka to the screen and of shooting in KZN with a talented director and a strong female-led team.

1994: April 27, eleven-year-old Reyka Gama, accompanies her mother Elsa, a photographer who is covering the elections for a local newspaper. It’s a time of huge excitement and hope but then something cataclysmic happens, Elsa is looking the other way and Reyka, her only daughter is abducted.

Present day: Haunted by her disturbing past, a flawed but brilliant Reyka, now a criminal profiler, investigates a string of brutal murders committed by a serial killer amongst the sugarcane fields of KwaZulu Natal.

Alternating between 1994 and the present day, Reyka exposes secrets and lies, truth and trust, damage, healing and forgiveness. With a dramatic backdrop of sugar cane fields, tropical beaches, stifling heat, dangerous wildlife, a criminal underworld, and shadowy politics - each place is connected by sugar but divided in so many other ways.

The role of 11 year old Reyka Gama is portrayed by 14 year old rising star Gabrielle de Gama. The Roodepoort teen formally started acting a mere 3 years ago when she was cast in the lead role of the stage musical Annie.

Landing the role of Annie is also testament to Gabrielle's singing talent and in April 2021 she released her debut music video for her catchy pop song Nasty. 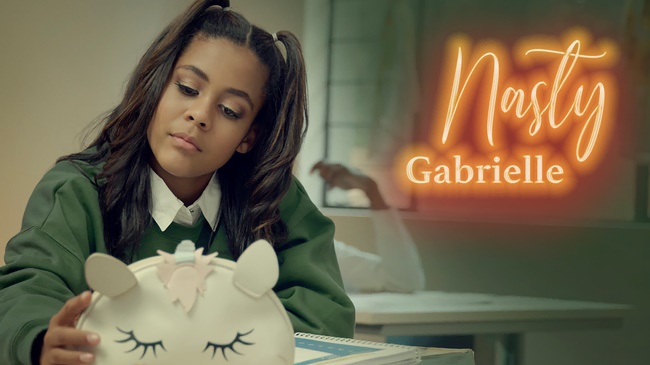 Gabrielle was also recently interviewed by Heindrich Wyngaard on the popular kykNET & Kie program KLOP! Chat where she revealed stories of her own experiences with bullying which led to her writing Nasty, her role in Reyka and about her future plans.
WATCH 14-jarige Aktrise en Sangeres Gabrielle de Gama op KLOP!

Also READ: Kim Engelbrecht on a Visit Home to SA Revealed More About Her Role in The Flash & We Have Pics of #TheMechanic

Published in Entertainment News
Tagged under

More in this category: « Shaleen Surtie Richards - A Legend Has Left This Realm Jitsvinger se Graasies Pas Nca - Ode to an Iconic Shoe »

Make sure you enter all the required information, indicated by an asterisk (*). HTML code is not allowed.